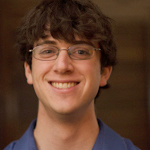 Will first began leading worship more than 10 years ago, as a keyboardist in Skyland’s youth worship band. From there, he moved on to college and brief stints in various bands at Georgia Tech and Georgia State, before returning to Skyland to play keys yet again. Will began leading the Hispanic worship band when the group formed in 2012, combining his love for God, music and Spanish all at once.

Will was born and raised in Atlanta and has attended Skyland most of his life. He has played piano and keyboards since he was 10, performing with a variety of worship groups, at solo events and with jazz ensembles. He earned his bachelor’s, master’s and Ph.D. degrees at Georgia Tech and currently works with Eastern Research Group as an environmental engineer. Will lives with his lovely wife Jenny near Northlake, and is the proud father of two daughters, Wren and Lily.