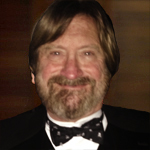 Michael S. Webb, a former tenor in the Atlanta Symphony Orchestra Chorus, has served as music director for the traditional worship service at Skyland since August 2013. A lifetime piano aficionado and member of Skyland UMC since 2010, Michael selects the hymns and leads the congregation in song each Sunday. He also sings a solo anthem during the offering as a prayer for the protection and guidance of each member of Skyland’s congregation and staff.

During the week, Michael works in private practice as an attorney at Webb & Webb, a general trial practice law firm he co-founded with his late father Judge Charles E. Webb in 1992. Michael has been licensed to practice law in the State of Georgia since 1979. He holds a B.A. degree in anthropology from the University of Georgia; J.D. and LL.M. (Master of Laws) in taxation degrees from Woodrow Wilson College of Law; and an LL.M. degree from Emory University School of Law.